Everything you’ve ever wanted to know about Color Guard 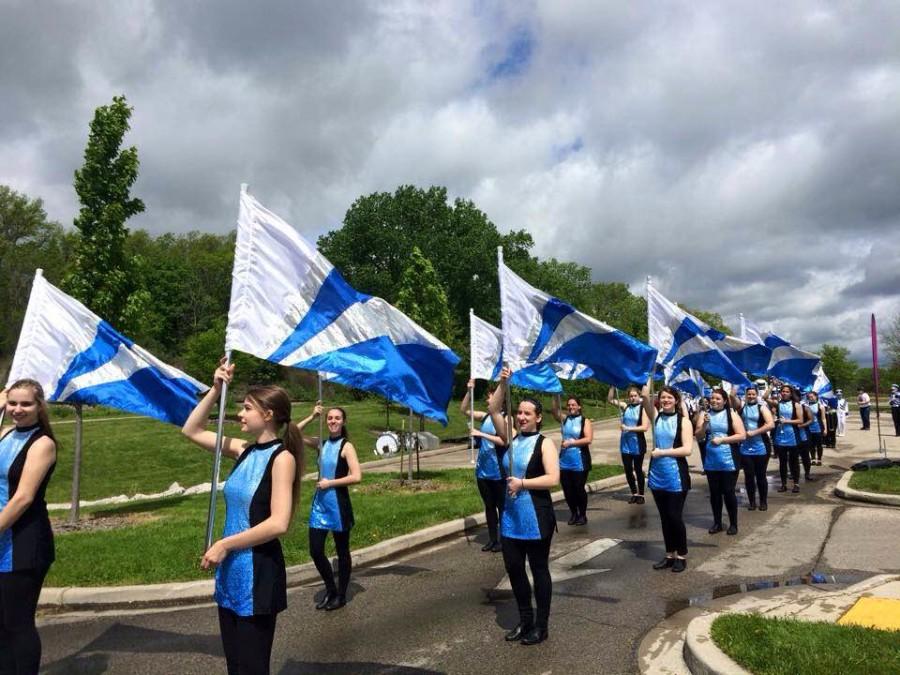 The BCHS Color Guard performs at the Memorial Day Parade.

Color guard, otherwise known as flag twirling, was originally a military activity used to accompany soldiers along with their band. Their flags would typically bear the colors and symbols of the specific forces. The activity has since become a staple accompaniment to high school and college level marching bands, adding an expressive feel to the music played by the instruments through their routines of spinning, waving, and tossing of their flags. In addition, today’s school color guard flags proudly display the school’s colors and represent their school spirit.

Brookfield Central’s color guard is a fun, enthusiastic, and welcoming environment for anyone interested, even if you’re not in band. Color guard is one of the many activities at BC that provides an enriching experience, giving those involved a different perspective on music.

“Color guard is a great experience because it allows me to be involved in band even though band class didn’t fit into my schedule,” said senior Natalie Hartwig, a captain of the color guard this year. “It’s also something not many people get the chance to do and gives a better understanding of rhythms and music,”

Color guard also has a strong team aspect and is an enjoyable experience for all involved. The girls typically practice together twice a week, but they often spend lunches together in the band room for additional practice.

The color guard’s hard work pays off during performances, where they show how much they have practiced to create a routine with the band. Reagan Lampkin (’18) added that performing is her favorite part of color guard, which includes marching with the band at many home football games, local parades in Brookfield during Memorial Day and The Fourth of July, as well as at Fairview South School’s homecoming parade.

Color guard offers an enjoyable experience to the people involved and the people watching, as well as representing history in modern day high school band programs.