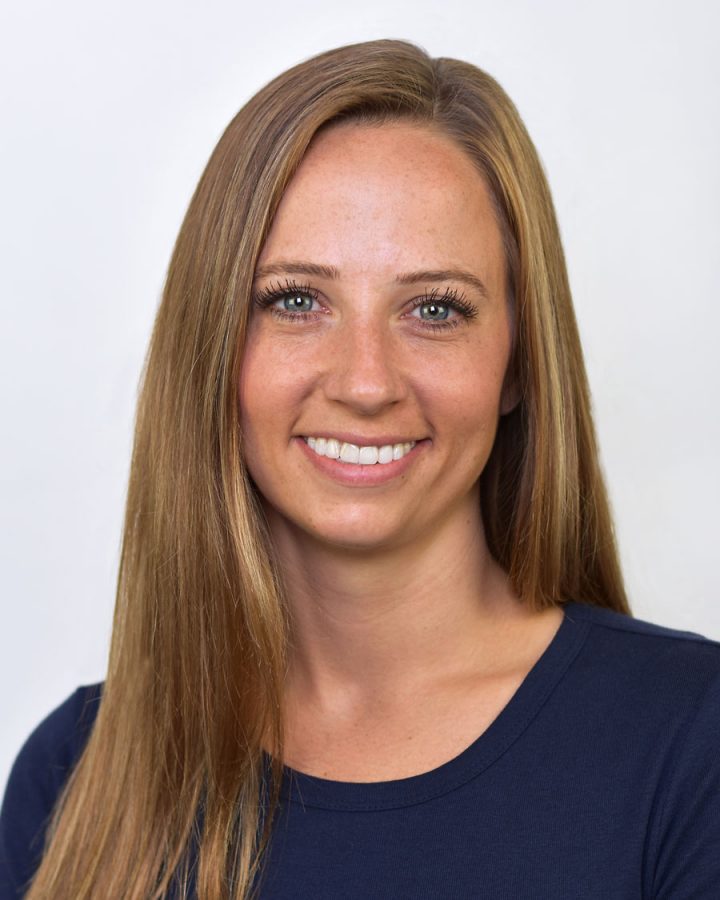 With the departure of Mr. Shroeder, who has now assumed the role of Principal at WHMS, we welcome our new associate principal, Mrs. Carolyn Hahn. Coming from being the Dean of Students, and later the Associate Principal of Nathan Hale High School, Mrs. Hahn will now work alongside Mr. Bauer as she joins BC’s administrative staff.

Mrs. Hahn grew up just outside of Chicago, later attending University of Illinois at Urbana – Champaign. She resided and worked in Seattle for five years, employed as a special ed teacher, later transitioning to Dean and Associate Principal. At her previous employments, Mrs. Hahn lead the PBIS (Positive Behavior Intervention Support) team and was among one of the initial groups that explored and implemented Hope Squad.

Mrs. Hahn will be the Associate Principal for students with last names A-Li. As an AP, she will work with other administrators to integrate, supervise, and support new developments. As an AP, she will be in charge of attendance issues, referrals, and will be a part of teacher committees. During our new monthly days off, Mrs. Hahn will lead teacher discussions to examine our school’s workings. The teachers will not only meet with their department for planning, but they will also meet collectively to discuss student safety, social and emotional issues, and general school-related issues. Along with BC staff, the days off will also provide a time for all of the schools in Elmbrook School District to meet and collaborate. This new system was implemented to be productive and beneficial to the staff and Mrs. Hahn, along with the other administrators will ensure they run smoothly.

Mrs. Hahn is thrilled to be joining the Central staff. She is amazed by the variety and range of BC’s offerings and asserts that she can “see the trust and positive relationships”. Characteristics like longer passing periods, lancer block, and the new cell phone policy are changes from Mrs. Hahn’s previous jobs. She claims that she thoroughly enjoys Mr. Fuchs’ lunch music selections (and joke of the weeks), and she is looking forward to seeing Central’s spirit during Homecoming week and the Gold Out. “It’s nice to see students in their element,” Mrs. Hahn said, speaking about students’ participation in clubs of interest.

Furthermore, when asked about Brookfield Central’s increasing policies for students and stricter regulations, Mrs. Hahn justified her opinion. “We want them to be the best versions of themselves,” Mrs. Hahn explained, “they need these skills now and they will definitely need them five years from now.” Mrs. Hahn believes that student input is crucial to the healthy and positive school environment – “students are the ones living it,” she said as she expounded on her willingness to work with students.

In her personal life, Mrs. Hahn enjoys spending her time outdoors; participating in hiking and races is a common hobby. She is also an avid sports fan, going to …. When in high school, Mrs. Hahn played intramural volleyball and basketball while also being strongly involved in service. She engaged in alternative spring break, a program in which high school students would work on service oriented projects during their spring break. Mrs. Hahn played the viola from grades 4-12 and recently returned to the instrument. She now participates in an orchestra and appreciates being a student in the aspect of learning the craft.

Mrs. Hahn is very excited to collaborate with teachers and administrators and work with students to build a stronger environment at BC. In return, we welcome her with delight: Welcome to Brookfield Central, Mrs. Hahn!