Polls won’t tell you the Democratic nomination winner. Time will. 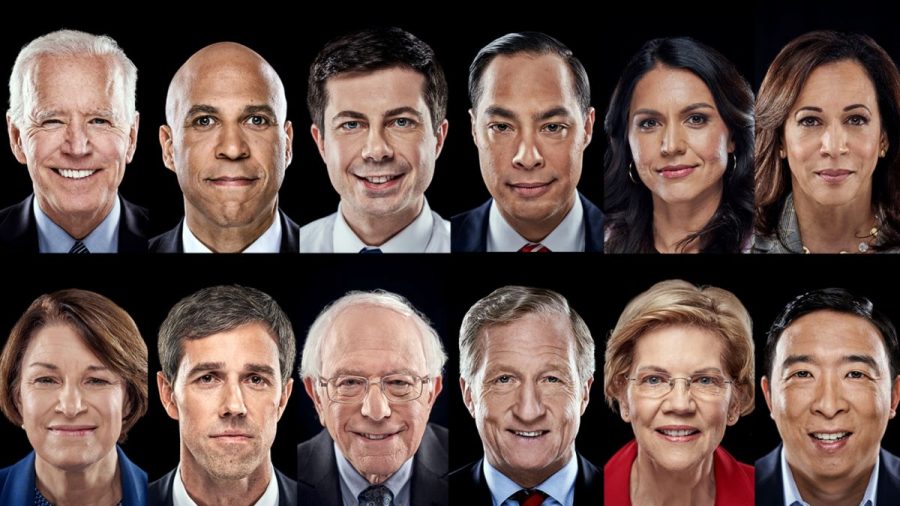 The photo above shows headshots of all of the democrats who ran for the 2020 Democratic nomination for president. As of today, Bernie Sanders and Joe Biden remain the sole two candidates left in the race.

Accurately predicting a presidential primary is like attempting to unwind the world’s lengthiest ball of twine (housed, for reference, in Darwin, Minnesota). Polls attempt to rectify the issue of an indeterminate future, but often are no more accurate than any one individual’s estimation. All a statistician, political scientist, or team of avid researchers can reference is a combination of the present and the past. Neither, however, can account for a fundamental and foundational truth about human nature: its absurdity. Unprecedented events occur every day—whether or not they follow broader behavioral trends—and the realm of politics remains no exception.

What makes polling discrepancies so intriguing in certain years, such as in the 2016 election cycle, is that inherent bias had minimal effect on perceived outcome. No matter your party affiliation, religion, ethnicity, age, or experience in politics, if you had attempted to utilize conventional wisdom in 2016, you did not predict a Trump-led White House. Trump defied every conceivable expectation. He was an ex-Democrat, billionaire businessman whose original claim to fame included 14 seasons of an NBC reality show. As senior political analyst Harry Enten snarked in his 2015 article “Why Donald Trump Isn’t a Real Candidate, In One Chart”: “Trump has a better chance of cameoing in another ‘Home Alone’ movie with Macaulay Culkin—or playing in the NBA Finals—than winning the Republican nomination.”

Of course, Enten and his highly sourced polling database, “FiveThirtyEight” ended up being ironically inaccurate. A majority of 2016 America, in fact, ended up being ironically inaccurate. Four years later and speculation continues to arise within political communities over the source of such blanketed, statistical error. I view the misfire, however, as a much-needed awakening to those who blindly believe in the prescience of polls. Polling, as an industry dominated by the media, is often a meaningless blend of statistical error and bias.

At their most beneficial, polls allow American citizens to voluntarily express their opinions on dominating ideologies and front-running candidates. What they are unable to forecast, no matter the credibility of their source is the result of Milwaukee’s 2020 Democratic National Convention. Or, for those on the opposing side of politics, a second Donald Trump term. Whether a Republican, Democrat, or Green Party Ecosocialist, I urge you to recognize and appreciate the absurdity of America’s political process. Quantitative data cannot account for every arena, as it cannot account for the satisfaction one receives from casting their own ballot come April 7th.