Fandoms and feels: Why do people do it? 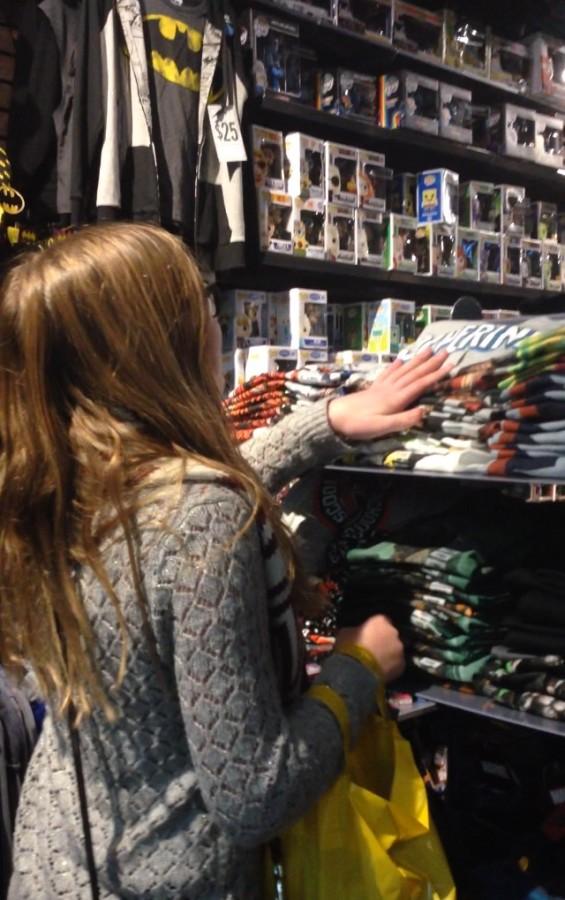 Heads turn to look at Emma Whitfield in Hot Topic on Sunday, Dec. 7 as she squeals in delight. The store is filled to the brim with Marvel tee shirts, Doctor Who dresses, and other fandom merchandise. “Tonight I’m going to be watching Supernatural until the wee hours of the morning,” Whitfield laughed.

Picture this: It’s 2 a.m. on a school night, but Emma Whitfield is still awake. She has been flooding her Netflix history since she got home from school. The tablet she is watching her program on is slowly being drained of battery, but Emma can’t get up to get the cord. Swaddled in a nest of blankets and tear-stained tissues, movement is nothing but an impossible dream.

Emma is what many call a fangirl. Fangirls are people, usually females, who are obsessive fans of anything. These devoted individuals partake in reading fanfictions, purchasing a small fortune’s worth of merchandise, and spending an alarming amount of free time re-watching or re-reading the subject of their attention. They dominate social media, like Tumblr, which Whitfield characterizes as the “dark hole of the internet.” The ultimate question is why? Why do people commit so much time to learning about a character that isn’t even real?

“Instead of being in the real world, you just want to jump into this world,” Whitfield explained. “There’s not a second during the day when I’m not silently thinking about these fandoms.”

This logic makes sense. Many people see worlds of magic and mysticism as better than the one they live in, despite all the horrors that may occur there. People want to experience new things and meet fictional characters that they admire. But is there a point where this appreciation turns unhealthy?

“It’s not bad,” Seema Siraj, a freshman, defended. “But you don’t want it to completely take over your life.”

“I don’t like the idea of being ‘invested’ in a fictional world, but I think it’s okay to enjoy it as a novelty,” Lueck said. “Yes, it can go too far, clearly with the Slim [Slenderman] scenario with the young girls in Waukesha.”

The incident Mr. Lueck is referring to is a perfect example of taking an appreciation for fictional characters too far. Earlier this year in Waukesha County, two 12-year-old girls were convicted for stabbing their friend 19 times in order to appease a popular horror character known as Slenderman. The victim barely survived, but she has made a steady recovery since then.

Overall, the health concerns of fantasizing over these fictional realms are not enough to drive some people away. The bliss that they feel when observing a fictional reality is too enticing to step away from.

“I don’t really care if it’s healthy or not,” Whitfield laughed. “Because I love it so much.”